Born and raised less than a mile from where our namesake Bear Flag Revolt took place, Aaron Piotter feels a deep connection to California history. Growing up so close to where the state was founded provides him inspiration for crafting wines as bold and layered as the state’s defining moments.

As a winemaker and California native, I’m honored to create wines that deliver an experience as layered as the historical events that inspired them.

“California’s remarkable, persistent heat and cooler nights push Zinfandel into the ripe, jammy berry spectrum. This region is known for making amazing Zinfandel, and some of the top, if not the best, wineries who specialize in this variety are in Sonoma County,” he says.

Aaron and his wife love going on adventures with their two children in Sonoma. They enjoy spending time with his parents, eating meals in their backyard under giant cork oak and fig trees and taking hikes in the Eastern hills of Sonoma - the same hillsides where Zinfandel was first planted in the region 160 years ago.

As a winemaker and California native, I’m honored to create wines that deliver an experience as layered as the historical events that inspired them. 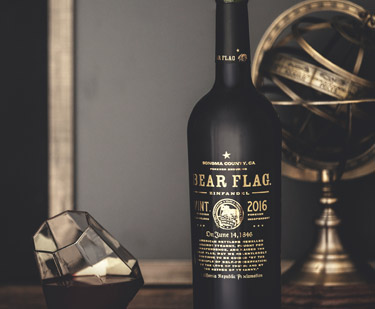 "I guess my roots are similar to Zinfandel in that Sonoma is where they established and still call home."

In 2019, those roots spread as Aaron tapped into his more than 20 harvests in California vineyards to help Bear Flag claim new territory. Under his guidance, the brand introduced a Sonoma County Cabernet Sauvignon and a Eureka! Red Blend that features a variety of grapes from several Northern California vineyards. Each new wine provides the opportunity to revisit a turning point in California history while celebrating new chapters in Bear Flag Wine’s future. And that suits Aaron just fine. 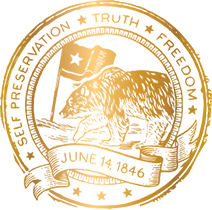 California Table Wine, ©2019 Bear Flag Wine, Saint Helena, CA. All rights reserved. Use of this site is subject to the Use agreement and Privacy policy, Trademarks and California Privacy Notice.